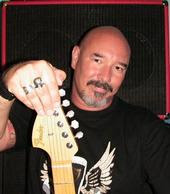 As I mentioned in the introduction of the Sceptre interview, Los Angeles was one of the best places for US thrash metal. Vermin were also in the first movement of the US thrash movement, but unfortunately -like Sceptre- they can't step further and splitted up. The story of the band was told by John Cochran...